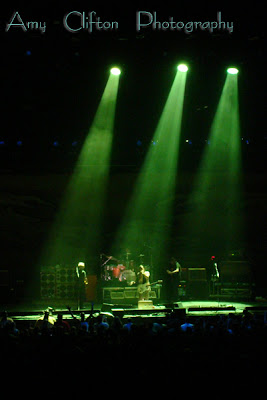 When “Ten” became popular my Junior year of high school, everyone had the tape (yes, the tape) in their car. My friend Kevin, however, never took his copy out of his tape player for the next two years! Pearl Jam has been a constant in his life, and I can’t tell you the countless hours I’ve spent over the years hanging out with him, listening to their latest bootleg over a bottle of wine. (Of course I’m listening to them right now as I type…) When PJ announced a small US tour–that included their first South Carolina stop in 10 years–there was no question that we would go. It would be our 3rd PJ show together, my 5th total. We headed down to Columbia this past Monday 6.16 with his cousin Colton (a carbon-copy of Kevin in high school!) and my photographer friend Amy. 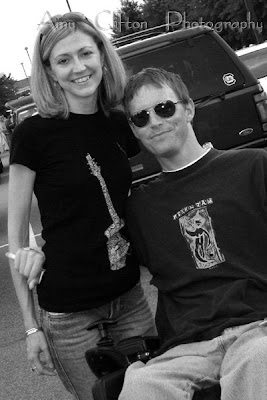 Long story short, sometimes things just fall together in all the right ways. While tailgating in the parking lot, our high school friend Seth, who now lives in Nashville, came running over. Kevin hadn’t seen him in months, I hadn’t seen him in years. He was there with the opening band, Kings of Leon, and said he would try to get us backstage after the show. Through various friends and contacts in the music industry, I’ve hung out after lots of shows, but backstage at Pearl Jam? No freakin’ way. 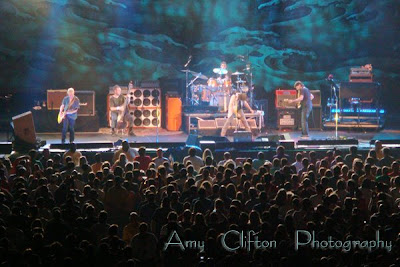 Of course Eddie and the boys showed up with an amazing set list and we rocked out for the next two hours. My phone rang during the 2nd encore, and Seth said two words: “It’s happening.” (OK, my long story isn’t getting as short as promised!) We all traipsed down to the dressing rooms, where the rest of us waited as Kevin got to meet Eddie. Eddie-Freakin-Vedder, our generation’s equivalent of Jim Morrison or Jimi Hendrix. Back out in the hall, we talked to Mike McCready, complete bad-ass on guitar, and got a guitar pick from him, and we saw Jeff Ament, equally bad-ass bass player. 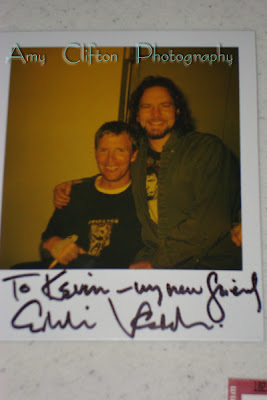 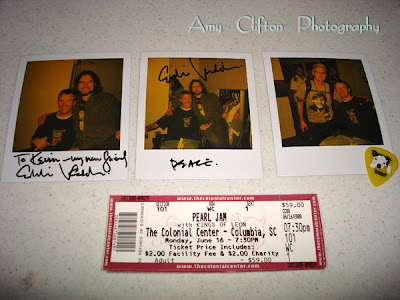 I rarely post personal stuff on the blog, but seriously. We were backstage at Pearl Jam. The End.